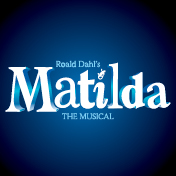 Winner of 50 international awards including 4 Tony Awards® and a record-breaking seven Olivier Awards® including Best Musical, MATILDA THE MUSICAL is the story of an extraordinary girl who dreams of a better life. Armed with a vivid imagination and a sharp mind, Matilda dares to take a stand and change her destiny.

Based on the beloved novel by Roald Dahl, MATILDA THE MUSICAL is directed by Tony Award® winner Matthew Warchus (God of Carnage), who helms this production with a book by Tony Award®-winning playwright Dennis Kelly and music and lyrics by Australian comedian, musician and composer Tim Minchin.