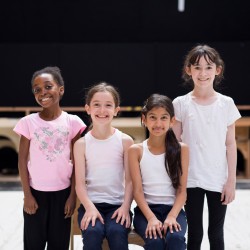 We are delighted to announce our two new Matildas Sara Sheen and Abbie Vena who will join Zaris-Angel Hator and Clara Read in the title role.

This year, Matilda the Musical celebrates 5 years in the West End and is now booking to October 2017.