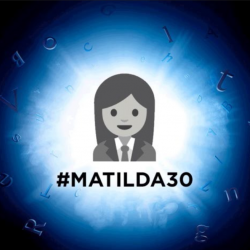 Celebrating the 30th Anniversary of Roald Dahl’s ‘Matilda’ being published, we’re giving away 30 pairs of tickets to Matilda The Musical at the Cambridge Theatre, London or Manchester Palace Theatre.
Terms and Conditions
For a chance to win you must comment on the competition post on Matilda The Musical’s Facebook or Instagram channel (@MatildaTheMusical), or reply to the Twitter Post (@MatildaMusical) with your favourite memory of Matilda Wormwood’s story.
1. Thirty winners will be chosen at random across Facebook, Twitter and Instagram and these winners will be entitled to 2 tickets to see Matilda The Musical at the Cambridge Theatre, Seven Dials, London or at the Manchester Palace Theatre.
2. The prize cannot be exchanged for any cash or other alternative and is strictly subject to availability.
3. Tickets can be claimed on:
London: Tue to Fri 7pm, Wed 2pm until Fri 23 November (Excludes w/c 22 and 29 October)
Manchester: Mon to Thu 7.30pm, Wed 2.30pm until Thu 22 November (Excludes w/c 22 and 29 October)
4. No travel or other expenses are included in the prize.
5. The competition opens on 01 October 2018 and closes at 11:59pm on 07 October 2018.
6. The winner will be notified by 12 October 2018 by a reply to their entry or a direct message
7. We reserve the right to change the terms and conditions at any time.

We also asked our fans what they think a 30 year old Matilda would be doing now. Here are some of our favourite suggestions:

Happy Birthday Matilda from everyone at Matilda The Musical!